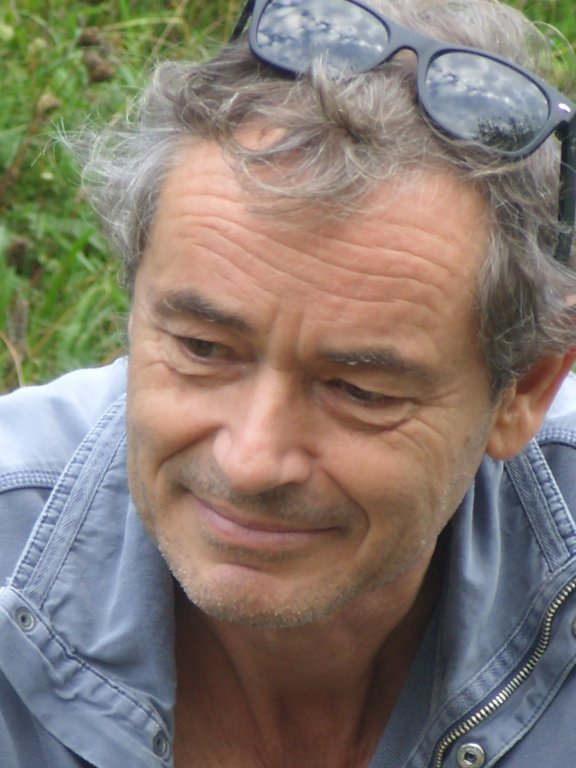 Peter Rosenzweig, born in 1957 and grew up in West Berlin. After graduating from high school, he studied philosophy, psychology and religious studies at the F.U.B. for 8 semesters, then he dropped out. On journeys to Italy and Greece, he discovered the area of ​​the enormous marble quarries of Carrara early on. Here he studied sculpture at the state Accademia di Belle Arti in Carrara

I discovered my passion and fascination for sculpture as a young student in Italy. It was the combination of a unique culture that has shaped the country from ancient times through the Renaissance to the present day and the vast landscape of the marble mountains, without which this culture and its works would be inconceivable. The interaction and mutual dependency of culture and nature influence my work to this day.

and lived and worked there continuously from 1980 to 2000. Especially white Statuario marble but also related natural stones in impressive colors have had a lasting influence on his work. His form language is versatile and takes many impulses from the uniqueness and temperament of the raw material. In 2000 he moved his main residence back to Berlin and works in his studio in Kreuzberg. But he still goes to Italy every year for several months. Here he finds his inspiration, looks for wonderful stones and prepares them for his sculptures.

"The essence of the earth is in my sculptures. In every stone, in every one of my forms - a drama or a comedy takes place between earth and life and everything that moves or that seems immovable." Peter Rosenzweig.