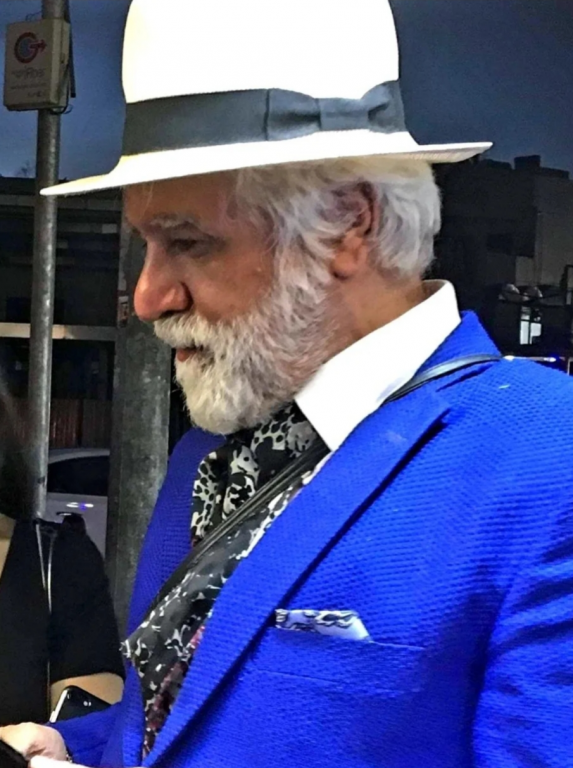 Dilshad QUESTANI is a French painter born in 1957 in Kirkouk, Kurdistan in Irak. Opposed to Saddam Hussein, Dilshad was a peshmerga fighting up in the mountains to liberate his country. In 1994, he had to make the difficult choice to go into exile. A very tough, hazardous path led him to Germany through Iran, Turkey, Greece… then to the country of Monet and Renoir he had admired

My real country is my painting.

so much for years; it was his ultimate destination. As a political refugee, he obtained the French citizenship in 2010 and now lives in Chaumont, France were his creations come to life. He has been painting since his adolescence, without showing his creations at first. If Irak derives from a very ancient civilization producing some painters, nowadays, very few artists are able to live out of an artistic activity. Even in Kurdistan, to sell a piece of art was considered as shameful: art is a part of life and needs to be shared. Only when Dilshad was in his thirties, did he dare showing his paintings; when he arrived in France, he decided to dedicate his life to painting and he is looking at adding a spiritual dimension in his paintings. An internationally recognized painter, he has exhibited his paintings in more than 18 countries including France, Great Britain, Italy, Greece, Belgium, Japan, Korea or Jordan and in 2017 in Kurdistan in order to be acknowledged in his home country, which means a lot to him. A real artist, he also writes poems and songs, he sings, he is also an actor…

His paintings are reflecting the colors of the two countries that he cherishes the most: Kurdistan and France. Colors of the earth, of mountains and rocks but also colors of forests in the sun. Light is always omnipresent: it highlights the imaginary and dreamed landscapes. He favors brown and orange colours in which he sees the flames of freedom and peace for all mankind.