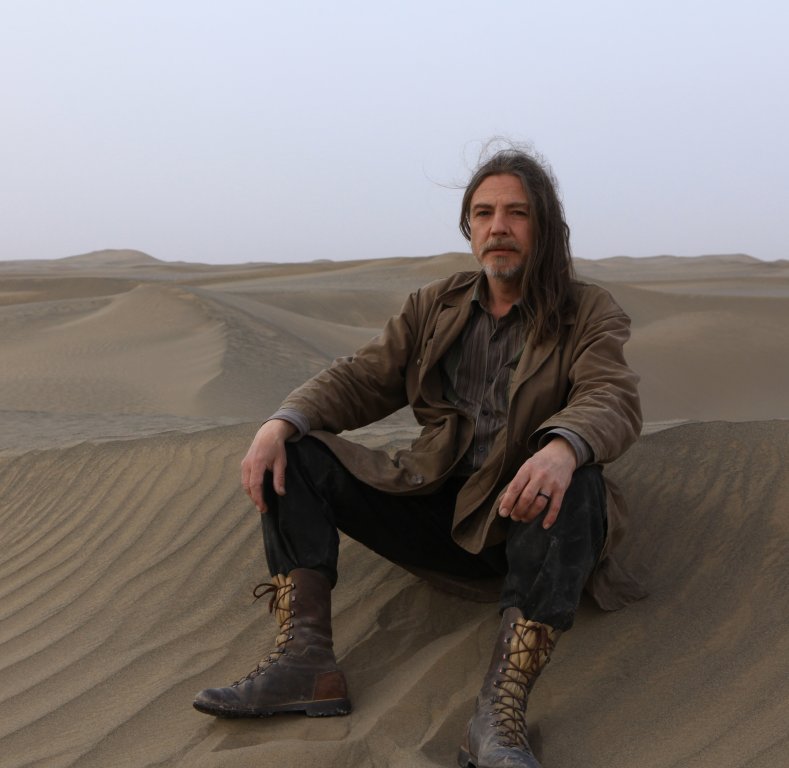 Krzysztof Płaza was born and raised in Poland in 1961. Today he lives in Berlin. Since childhood he has been passionate about geography and cartography and he has always followed the ancient Silk Road on the map with his finger. A very specific reading had inspired him to do so: The travelogues of the Venetian merchant Marco Polo. He developed his ethnographic and sociological observations

"Krzysztof photographs, lives and thinks as he wanders and travels: "Off the mainstream and well-trodden paths". He always takes a position, usually a critical one." - Inge H. Schmidt

very early on. Shortly after the end of the state of war in Poland, he left and immediately set out to explore the world of the ancient Silk Road, step by step. From Venice he travelled via Istanbul and Aleppo to Damascus. He began his autodidactic studies of photography in early adolescence. He included himself in his sociological observations. For several years in a row, he lived alone in a cave in the Canary archipelago for several months at a time. He used this time of existential experience to read "Thousand and One Nights", histories of Herodotus, and also covered himself with maps in preparation for his great photographic and ethnographic journeys along the Silk Road, as well as to Mexico, the Great Antilles, the USA, the Middle East, the Near East, the Near East, Iran, Southern Siberia, Central Asia and China. He created photo series about New York, Moscow, Baku, Beijing, Yunnan, Sichuan, East Turkistan, Pamir Mountains, Eastern Tibet, Tuva, Altai, Emirates of Dubai and Abu - Dhabi, Afghanistan For years he has been doing intensive research and has written countless texts which can be read in the following books published by his own publishing house: "Behind the Curtain - Islamic Republic of Iran - Disguises and Revelations" "Freedom behind the veil. Women in Iran" "Pamir: Photographic memories of travel in Central Asia" "In the shadow of the Silk Road. Uighurs: an endangered people at the edge of the desert

"...unbelievably "evil" is happening on our planet, and yet the world full of mystery, beauty, fascination. It has an abundance of forms, Colours where nothing more can be added. To give yourself to this world, with heart, mind and alert eye to capture it with the camera and to capture is what photography is for me. To this fascinating world belong for me very specific people, many with incredible faces and life stories. Some live on on the other side of the world. I travel there, with all the consequences. And so... my camera often witnesses and records what tomorrow may not be will be more..." - Krzysztof Płaza.

Mysterious spectacle of light inside the sacred Shah-Tscheragh shrine. Iran