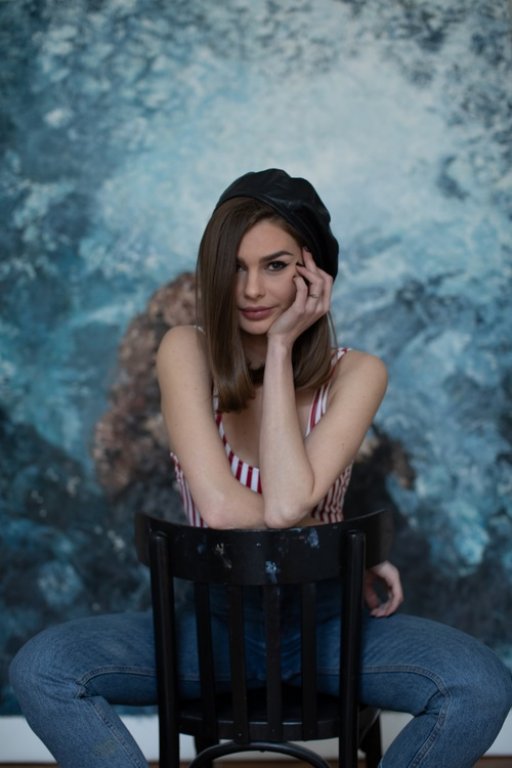 Born on 16.07.1992 in the family of artists. Grandfather - Igor Zhuk - graduated from the I.E. Repin Petersburg Academy of Arts Mother - Anastasia Zhuk - graduated from the art and graphic faculty. Creative atmosphere in the family predetermined the choice of profession. Acquaintance with the St. Petersburg School of Arts served as the basis for the creation of the individual style. Accomplishmen

Zhuk is an artist whose creative production revolves around classic figurative painting, presented in a contemporary manner.These thoughts are expressed on the canvas due to the harmony of rational technique of performance and unbound imagination, as well as metaphysical invisible projections of light and shadow. The color ratio and simultaneous contrast together with the composition create a depth of movement that extends beyond the boundaries of the canvas. The color is divided into a series of bands that form a color series along the wavelength, brightness and saturation and are deployed in such a way as to represent the union of the human body and water, mixing into a single organism.

Zhuk is an artist whose creative production revolves around classic figurative painting, presented in a contemporary manner.