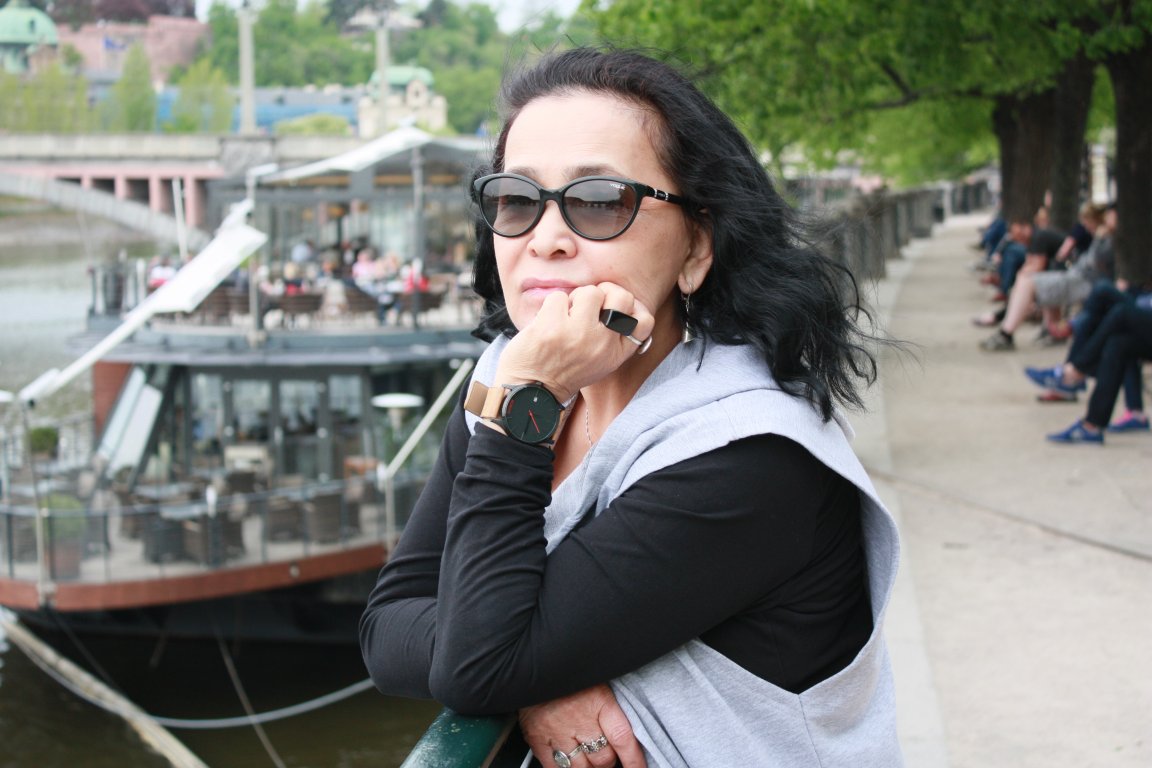 Born 1953 in Dushanbe, Tajikistan. Since 2018 she has living & working in Prague, Czech Republic.

Zebo Nasirova is one of the most renowned costume designers of Uzbekistan and has already been involved in numerous international films. She is particularly specialized in historical films and was responsible for the costume design in more than 30 films such as "Tamerlan the Great", a historical epic, directed by B. Sadikov, where she has been awarded at the International Asian, African and Latin American Film Festival for the best Costume Design. But she also devotes herself with passion for painting and graphic.

Central Asia is the main theme of Zebo Nasirova's paintings. The sunny, colorful, diverse, lyrical and poetic Central Asia with the people in the middle. Their characters are touching and naive. With the help of metaphors, folklore and archaic elements she wants to fill up her paintings with life, color and love.

Boy with a flute

Portrait with the fern